50 Shades Of Grey, the panting begins.

A new trailer for the Fifty Shades Of Grey movie, due out on Valentine’s Day 2015, was released last night. Well, it’s definitely better than the first trailer, but I still wish they’d quit giving us a shot of Mr Grey standing in front of that helicopter. It’s not the best shot of him in a suit. When he’s running in his athletic gear or dragging an ice cube down her body, we’re all good. That expression on his face flying the plane? Not good.

But still, guaranteed, it won’t be as sh-t as the book. Because listening to them panting-talking is way better than having to read the author’s terrible writing.

The panting-talking could be a problem over two hours though. Like, when I’m watching porn, it’s easy to fast forward through the “plot” parts and just get down to the f-cking. Here, where I’m supposed to be drawn into the story, if they expect to hold me, I need to not feel embarrassed about the things they’re saying to each other (well before the foreplay) and how they’re saying it to each other. There’s an art to dirty talk. I really, really want Sam Taylor-Johnson to be able to find that balance between hot dirty talk and fortrummy dialogue that takes me right out of the situation.

Because good sex must return to the movies. I grew up watching great sex at the movies (a responsibility that feels like it was upheld solely by Rob Lowe). It’s time to get back to that. 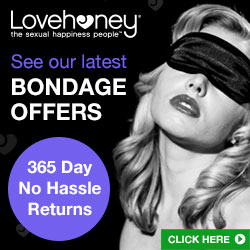 For Womensex in the news